Our country has lost so much since the election of Donald Trump. There has been a flood and a whirlwind of information about him which has obliterated almost everything else. And this is causing numbness. We are dazed, stunned and paralyzed by this torrent of scandal, lies, fabrications and exaggerations emanating from this dreadful administration. We are dumbfounded by the miserable quality of the people appointed (and approved by our useless Republican controlled Congress) to run the departments of our government. Where I used to read the Washington Post or the New York Times for the latest news and opinions about important issues, now almost everything written by their brilliant columnists, liberal, conservative or in-between, is about Trump or one of his advisors or appointees. The valuable emails I receive periodically from Salon, Huffington Post, the Real News, Alternet, Truthout, Truthdig and so on, are now mostly full of Trump stuff. We’re rapidly losing sight of what’s important and drowning in the sea of Trump trash that gets deeper by the day.  Not only the print media is full of this stuff but also cable news: Virtually every show on MSNBC, CNN and Fox are devoted to Trump or something related to his administration. Regrettably and disastrously, we have become inured to the daily transgressions and insults from this president. 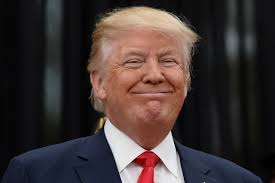 One of my favorite members of team on “Morning Joe”, which I watch some of on most weekdays while I’m working out, is former Boston Globe columnist Mike Barnacle. Mike’s comments on almost any subject are memorable, but most consequential were his comments on Friday May 4 of this year regarding the flood of Trump nonsense in which we are drowning and which has blocked important concerns and issues from our senses.

“We talk about this every day, multiple times a day – just a literal tsunami, a fire hydrant of false information coming from this White House every day. But it’s larger than that and the problem and the threat and the danger is much larger than the White House and us talking about it. It’s what’s happening out in the country every day, people dealing every day – the normalization of lies and deception coming the the president of the United States and those who represent the president. And people get used to it and people slowly turn off and it doesn’t impact people and they are not really caring about the fact that the President of the United States is a liar and that people who represent him lie on a daily basis. This is how democracies die right in front of us every single day – deception and lies become normal.”

Thank you, Mr. Barnacle – I agree completely. Let me add that I myself have had a dreadful struggle with the dissonance of those two words – “president” and “Trump” and am somewhat upset that the two words in tandem now seem to go together, having now heard them hundreds, maybe thousands of times. But please, for the sake of our country, let’s not get used to the rest.

When one takes the time to slow down, pause, think and tabulate the changes in our government, the office of president, the departments of government, to our political awareness resulting from the Trump election, the list is astonishing….and long…..and far too important to  ignore. Let’s take a look for ourselves and then maybe we can put all this aside and concentrate on something else for a change. Here is the list of outrages, significant departures from past practice and procedure, which confound expectations and are in danger of becoming the norm. These are what we have become used to and what is becoming commonplace. 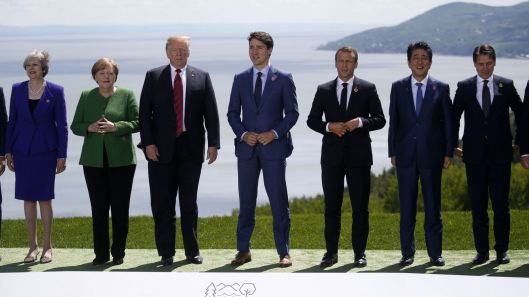 Looking back over this article, my fourth about Trump and his administration since he was elected, I find myself consumed by two great fears. Echoing Mike Barnacle’s thoughts quoted in an early paragraph, I am fearful that we are getting so used to the breaking of rules and shattering of norms by this dreadful president that neither the presidency nor our federal government will ever be the same again. Has the embrace of rules and norms been permanently broken? Has the trust in Federal agencies been forever compromised? Has the our press been forever discredited? Have we become so inured to lies and contradictions pouring from the White House that we will not believe or care at all anymore, no matter who is the occupant? The formerly somewhat reliable and steady edifice of the Federal government is now full of holes and is tottering. Can it ever be rebuilt? Will things ever get back to normal? New York Times columnist David Brooks fears that conditions may never be the same. In his words: “The best indicator we have so far is the example of Italy since the reign of Silvio Berlusconi. And the main lesson there is that once the norms of acceptable behavior are violated and once the institutions of government are weakened, it is very hard to re-establish them. Instead, you get this cycle of ever more extreme behavior, as politicians compete to be the most radical outsider. The political center collapses, the normal left/right political categories cease to apply…”

The second fear is that the excesses of Trump and his administration will result in the loss of democratic government, not really very far-fetched if we read Madeleine Albright’s new book, the recent work of historian Timothy Snyder, Zigblatt and Levitsky’s “How Democracies Die” or the recent piece by the Times columnist Paul Krugman. Our already weak democracy, barely on life support, has been further weakened by recent Supreme Court decisions on voting and campaign finance (which, incidentally have done far more harm than anything accomplished or even contemplated by Russia), hobbled by a totally ineffectual legislative branch, and further enfeebled by Trump’s daily assault on the press and the rules and norms essential for democratic function. When you add the blind devotion of Trump’s base, the militarization of police, the glorification of the military and the erosion of trust from steady attacks on the Justice Department and the FBI, it’s not too difficult to imagine the end of what little is left of our democracy. As noted by aforementioned professors Daniel Ziblatt and Steven Levitsky – “Because there is no single moment—no coup, declaration of martial law, or suspension of the constitution—in which the regime obviously ‘crosses the line’ into dictatorship, nothing may set off society’s alarm bells. Those who denounce government abuse may be dismissed as exaggerating or crying wolf. Democracy’s erosion is, for many, almost imperceptible.” Neither can we discount the nefarious and dangerous influence of money in our drift toward autocracy. The influence of Koch, Adelson, et al, is not dissimilar to the influence of Germany’s big industrialists in the 1930’s which enabled Hitler’s ascent to power.

If our country somehow survives the onslaught on democracy by this president and the Republican Party, one has to consider what will happen or what has to happen when this nightmare ends and Trump finally goes away. What safeguards can we erect to prevent another Trump from happening? How can we “de-Trumpify” the presidency and our federal government? Certainly, if the Democratic Party reclaims the House this November, this work  can begin with investigations into violations of the emoluments clause, long overdue exposure of his tax returns and multiple investigations into the overall corruption of this administration.

New York Times columnist Michelle Goldberg recently devoted an entire column to the subject of “de-Trumpification”. In addition to echoing the above, she also reports that the process has already in a way begun, with Christine Todd Whitman, the Republican former governor of New Jersey, and Preet Bharara, the former U.S. attorney for the Southern District of New York, announcing that they’d be leading a task force on the rule of law and democracy at the Brennan Center for Justice. “The idea is to figure out which of the norms that Trump has blithely discarded can be written into law or otherwise codified”, Whitman told Goldberg.

“We know we want to take on financial and ethical conflicts. We’re going to take on political interference with law enforcement and the courts, the protection of a free and independent press.” The task force will also look into how Trump’s administration “uses or misuses data and science and how candidates are chosen for government jobs”.

Dr. Brian Klaas, Assistant Professor/Lecturer in Global Politics at University College London and columnist for The Washington Post, in a recent column, suggests the following:

“Congress should codify countless broken norms into unbreakable laws. For example, it should be illegal for presidents to fire law enforcement officials who are investigating them (absent an independent assessment of professional misconduct). Special counsels should also be legally protected from presidential interference. We also need two new constitutional amendments. First, to declare that the president is not above the law and can therefore be indicted while in office; and second, to ensure that a president cannot pardon anyone that is involved in an ongoing investigation related to the president, their family, their campaign or their business interests. Future presidential candidates should be legally required not only to release their tax returns, but also to fully divest from businesses that pose a significant conflict of interest. Klaas adds that the disgrace of having Trump’s unqualified son-in-law and daughter overseeing huge, consequential portfolios cries out for stronger anti-nepotism laws.”

I certainly agree with the suggestions of Goldberg and Klaas for they do give me some hope, however scant.  But as Americans we need also to consider carefully that if our government is supposed to emanate from the people and represent the people, we have to ask ourselves what kind of people we have become. After all, the Republican Party nominated Mr. Trump and the American people voted for him and elected him. So if we survive Trump and Trumpism, in addition to new laws and new rules to prevent another such political calamity, we really need some serious introspection as Americans. Do we truly believe in democracy? Can we get our noses out of Facebook and our iPhones long enough to thoughtfully consider what democracy requires of us as citizens and whether we are fulfilling those requirements? We have to recover what we have lost with the election of Donald Trump and approve necessary laws and rules and reestablish previously embraced democratic behavioral norms so that electing another president like this will be impossible.