When you pulled that lever, connected that line or drew that X for Donald Trump as President of the United States, when you delivered that sucker punch to the “latte liberals” you can’t stand, when you stuck your finger in the eye of those hateful Hillary minions, did you realize what you voted for? Oh yes, you voted for the misogynist, the serial liar, the narcissist, the only candidate in the last 40 years not to reveal his tax returns, but that was ok because he was going to “drain the swamp”, provide “better and cheaper” health insurance for everyone, bring back the coal mines, revive manufacturing, and “build a wall”. Oh sure, right. 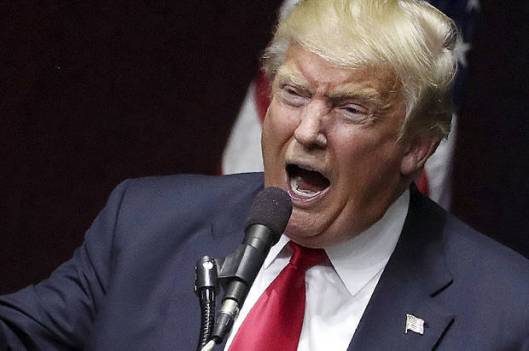 Well, how do you feel now, after six months of this gasbag buffoon president and his billionaires’ club “cabinet from hell” who are destroying that which they were sworn to preserve and protect? Some of you who have watched closely, done your reading,  kept track of what’s happening in Congress and know what’s in the latest healthcare “reforms”, who realize what’s happening as rules are cancelled or “delayed” and regulations are shredded, may be having second thoughts and may have joined the swelling “disapprove” ranks counted by the pollsters.

But others of you, some of whom I know, have actually doubled down on your reckless choice. You’ve clenched your fists, stiffened your back, closed your eyes and ears to anything else but Fox News and talk radio, continued to lamely chant, “lock her up, lock her up” or “I hate Nancy Pelosi”, and excused this clown president’s disgraceful behavior with feeble excuses like, “Oh well, he’s just being bombastic”.

Well Trump voters, in addition to governing by tantrum and tweet, and a general coarsening and cheapening of public discourse, here’s some more of what you have so far and your leader has only just begun. Ask yourself – is this truly what I want for myself, my loved ones, my country and my planet?

And from the New York Times a couple of days ago – “Are you really ready to abandon protections of your drinking water? What about that school hamburger? Is it O.K. to eat? Can you depend on Medicare or Medicaid? Are toys safe? Can workers fight overtime violations or discrimination? Will government agencies be there to police mortgage, student-loan and retirement-savings abuses? Will the education of special-needs students be protected?”